The deep, player-driven experience of EVE Online is now wide open to anyone willing to take up the challenge of exploring with, warring against, and scheming amidst hundreds of thousands of other players in the massive space sandbox that is the EVE universe.

Headlining the EVE Online: Ascension expansion is the Clone States feature, which has done away with free trial accounts and allows any past, present, or future players to play for free, forever. Whichever player corporations, alliances, and coalitions best recruit and nurture the promising influx of new players could easily upend the landscape of the entire universe.

Characters now exist in one of two clone states. Omega clones will act similar to current active EVE characters, granted unlimited access to skill progression and rapid skill training. Alpha clones will become the new base state for all characters and available to any character at any time for free, able to train and use a specific set of skills to fly some of the most often-used ships into battle – Tech 1 frigates, destroyers, and cruisers. Access to trading, industry, and exploration skills will allow Alpha pilots to explore the vast, mysterious universe, harvest its raw materials, fulfill their shrewd economic dreams, and construct the war machines that make EVE battles famous.

Simultaneously, the introduction to EVE’s deep gameplay experience has been completely revamped with Inception, a revised new player experience with fully voice-acted mentors, well-designed UI help, and a grand, unfolding storyline with gorgeous new environments that culminates in a massive space battle.

“EVE Online is a very special game. Our single shard server means that every player truly affects every other, whether through economics, resource gathering, direct combat or social interaction,” notes Executive Producer Andie Nordgren. “This in turn means that our universe is more interesting, more exciting and more dangerous with each additional citizen.”

Ascension also includes the release of more sandbox gameplay features including the addition of Engineering Complexes, a new class of player-built structures allowing comprehensive research and manufacturing support and furthering the progress of Citadel structures introduced in April 2016. 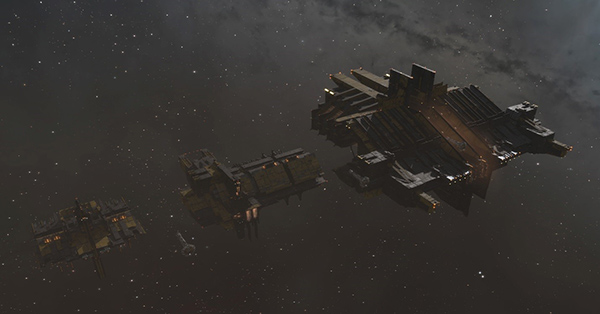 Other big additions include:

…And all new explosions and wrecks.

In total, the Ascension expansion is perhaps the largest, most fundamental change to EVE Online in its rich, 13+ year history. There’s never been a better time for players to test their gaming mettle amidst its beautiful nebulae.

To learn more about EVE Online visit www.eveonline.com and www.youtube.com/eveonline

To read more about current, past, and future updates, visit https://updates.eveonline.com

Other recent additions for players include the beta release of EVE: Portal, a mobile EVE app for iPhone and Android. It allows players to view basic character information, track skill training, send and receive EVEmail, use the in-game calendar and receive push notifications for what’s going on in EVE when not connected via the EVE client.