Daedalic Entertainment, based in Hamburg, publishes and develops computer and video games for all platforms. The studio focuses on interactive literature and character and narrative-driven games like adventures and RPGs. Daedalic Entertainment has a staff of more than 140 employees, including the Writer’s Room, a team of writers unique to the German media industry.

With titles like Goodbye Deponia, Daedalic won the German Developer Award 21 times („Studio of the Year“ 2009 and 2013, among others). With Chaos on Deponia the studio from Hamburg won the German Games Award for “Best German Game 2013”.

Daedalic Entertainment is also the six-timer winner of the German Video Game Award and the European Games Award.

Titles like Silence, The Devil’s Men and Ken Follett’s The Pillars of the Earth show Daedalic’s desire to raise the bar higher for the whole adventure genre. Blackguards has likewise earned it a place among RPG creators. As a publisher, the studio is also known for releasing unique and outstanding titles like Divinity: Original Sin, Valhalla Hills and Bounty Train.

Here are the upcoming games for 2016 (more information on each game later): 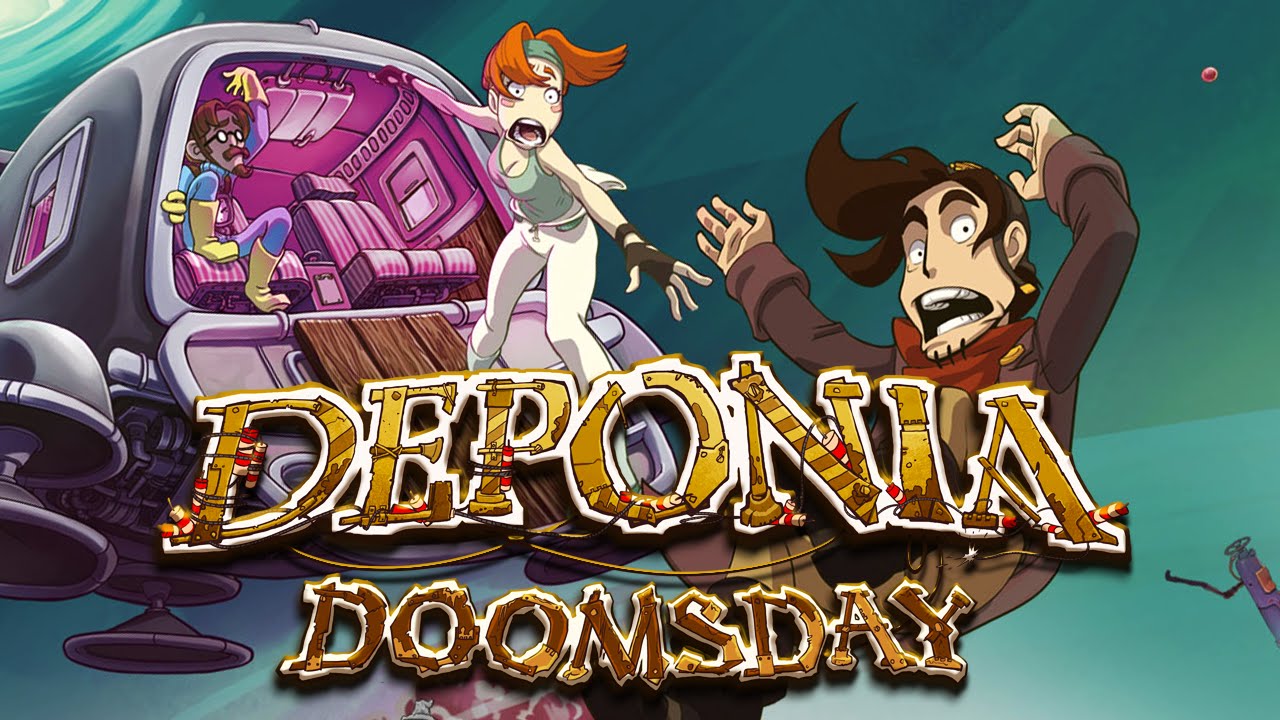 Highlight of the event is the much anticipated fourth instalment of the adventure saga about Rufus and garbage planet Deponia. As a special surprise for the fans, Deponia Doomsday will be digitally released for PC and Mac, only one week after the event. Retail and console versions for PlayStation 4 and Xbox One will follow later this year.

Daedalic Entertainment and FAKT Software announce Crazy Machines 3, the newest instalment of the award-winning physics puzzle series. Crazy Machines 3 is based on the successful Crazy Machines 2, with brand new gameplay and community features. Hyper realistic simulation makes it the most advanced and comprehensive Rube Goldberg style puzzle and physics game of all times. Crazy Machines 3 will be released in 2016 for PC, Mac and Linux.

Together with the Spanish developer Teku Studios, Daedalic Entertainment will release the puzzle adventure game Candle. Candle offers challenging puzzles and traps. The adventure’s most special feature however, is its unique graphic style: all characters and backgrounds are based on hand painted aquarelles, who give the game a unique atmosphere. Candle will be released for PC, Mac and Linux in Q2 2016.

With Caravan, Daedalic Entertainment ads another independent game to its publishing line-up. Caravan is developed by it Matter Games, a Berlin based studio that belongs to the remote control group. Caravan will be released in Q2, for PC, Mac and Linux.

The first game in the award-winning adventure series will soon be playable on PlayStation 4. Daedalic Entertainment will release the game mid-2016 as a digital download game on PlayStation® Store. Deponia will be the first Daedalic title for consoles. The controls of the game have been completely reworked, making the main character Rufus directly controllable and the game experience even more immersive.

Already announced is the space exploration RPG The Long Journey Home, developed by Daedalic Entertainment West under the creative direction of Andreas Suika. In this unique genre blend, the player has to find his long way home through many and entirely procedurally generated star systems, with little help from friendly (and not so friendly) alien races and scarce resources, save for his wits.