In preparation for this year’s Gamescom 2016, the award-winning development team Amplitude Studios, recently acquired by SEGA Games Co., Ltd, has pulled back the curtain today on two new integral factions from its upcoming turn-based, 4X space-strategy game, Endless Space 2. The Sophons and Cravers return from their debut in Endless Space and will be available in the Steam Early Access version releasing this summer! These two new videos demonstrate the curious, analytical and knowledge-seeking Sophons – hazardously driven by their thirst to discover and understand – and the dangerous, all-consuming insectoid lifeforms, the Cravers. 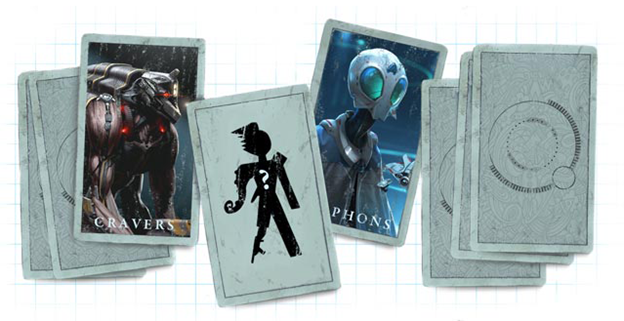 Amplitude also is proud to roll out its Faction Creation Contest, designed for its robust community to submit its own concept for an entire faction for inclusion in Endless Space 2. The contest begins today, Thursday, August 11, and ends Thursday, October 13. Do you have the perfect alien race in mind?

The Faction Creation Contest is designed for all interested gamers to submit a fully-fleshed out faction to be included in Endless Space 2. The GAMES2GETHER Community will pick the winner. The contest comprises three phases:

Endless Space 2 is a turn-based, 4X space-strategy game that launches players into the space colonization age of different civilizations within the Endless universe, following the award-winning original Endless Space.Endless Space 2 will feature eight playable major factions, each with their own asymmetrical gameplay, storyline, spaceships, heroes and technologies. Both major factions the Sophons and the Cravers will be playable in the Early Access version of the game coming out this summer on Steam.

Curious, analytical, and inquisitive, the Sophons are a people who pride knowledge above all else.

No theory — or machine — is so perfect that it couldn’t be improved with a bit of tinkering; advances come both in great leaps and in tiny increments. And, occasionally, violent explosions.

The Sophons travel the galaxy driven by their thirst to discover and understand. As such, they view war as nothing more than a distraction from the important things in life. However, with their advanced technologies, they can become a surprisingly dangerous foe.

The Sophons evolved on Hekim, a cold and rocky world orbiting a blue star. Due to the high radiation levels of their sun they mutated and evolved quickly. As a result, despite their frail form and almost suicidal level of curiosity, the Sophons somehow survived the process of natural selection and developed a civilization.

In a surprisingly short time, the Sophons were traveling along the cosmic strings of the galaxy.

Sophons know which technologies have already been discovered. They also get a Science bonus when they are the first to discover a technology.

Created by the Endless from an insectoid life form, the Cravers are in the purest sense hunter-gatherers who would never have independently evolved the systems and infrastructure needed to raise crops or domesticate animals.

Their life cycle is based on consumption, and as such they are capable of digesting any form of plant or animal matter. As their home world is close to being consumed, they must leave in search of further nourishment.

For if they do not continue to expand, discover, and exploit new worlds, their society will eat itself to death. Feeding the hive is their all-consuming purpose; the notions of ‘treaty’, ‘trade’, and ‘peace’ do not exist.

The Queen could be viewed as the leader of the society, but only in the sense that she has the capacity to refuse plans proposed by the Bishops.

She lacks a creative or directive role in the development of those plans, however, and simply passes judgment on them. In fact it is difficult to apply the concept of a political system to the Cravers, as a good two-thirds of their population barely have enough of a sense of individuality to understand the idea of casting a vote.