This development diary is also an entry to the first Starpoint Gemini 3 gameplay video, which is coming very, very soon!

Check out what lies under the hood of Starpoint Gemini 3 in the first part of our technical development diary.

This development diary is also an entry to the first Starpoint Gemini 3 gameplay video, which is coming very, very soon!

Before, explosions used to be growing, glowing blobs that were meant to dazzle. Unfortunately, getting hit by numerous missiles meant that the player would quickly be coated in a potato-shaped glow. The game suffered from a limited visual variety and the details were hardly visible. 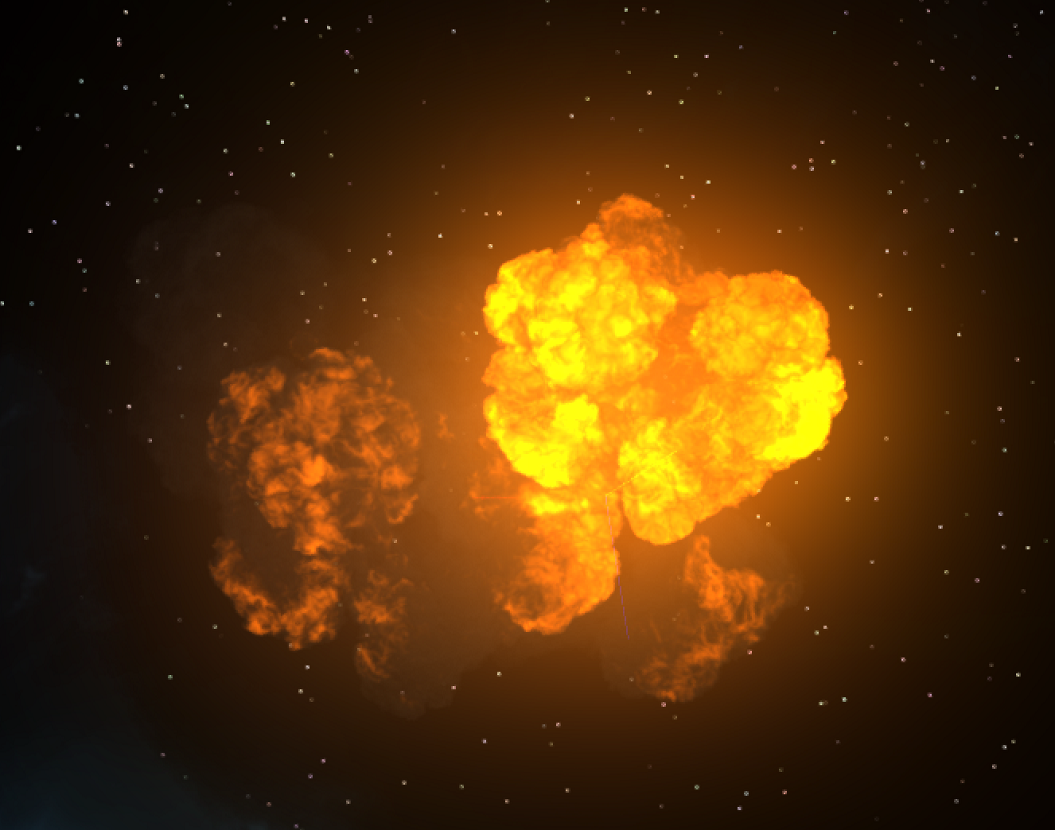 What we’re planning in the near future:
We’ve already had small debris flying into space when hitting or destroying spaceships. It gave the impression of actually fragmenting the enemy’s hull during combat. This however, was never fully apparent (mostly due to our ambients being very dark), so in addition to improving those effects we’re considering a more robust hull damage model as well as hull-bending during the ship’s explosion to really sell the destruction effect.

Previously, the environmental particle system has undergone smaller changes from Starpoint Gemini 2 to Starpoint Gemini Warlords. The art team added more variety to the system and appropriately colored particles were used in various environments. The clouds, however, never underwent any changes. While traveling through space, the player would come across some flag-shaped clouds that would periodically appear and behave in a wave-like manner. This was present in every environment.

With Starpoint Gemini 3 we decided to add more variety and depth to those clouds. Artists can now craft cloud density, depth, color, add a variety of different shapes and animations. All in an effort to make nebulas, industrial areas and open space feel unique.

Even though Starpoint Gemini Warlords featured local dynamic lights, they were never actually used because of their crippling limitations (up to 4 lights could be cast on any individual object in the game), so instead we focused our efforts on making the Gemini Suns cast impressive volumetric shadows.

The only other place we used an additional light was at the finale of each planetary battle – the moment when you fire the doomsday beam at your adversary’s planet. 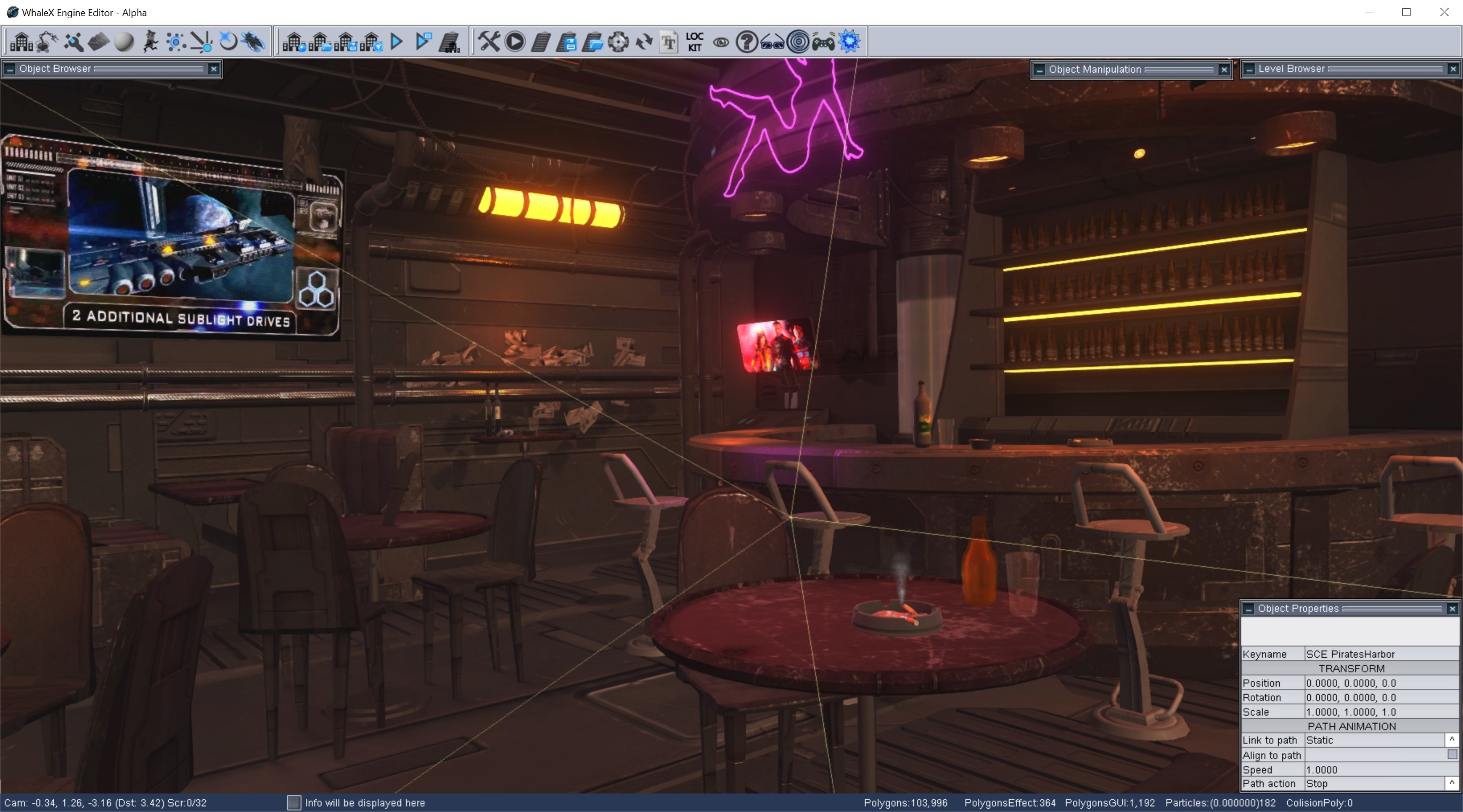 Starpoint Gemini 3 has had its graphics pipeline upgraded with Tile Based Light Culling technique known as Forward+ rendering. It’s widely considered the best of both worlds when it comes to taking advantage of both Forward Rendering systems and Deferred renderers. Forward rendering systems typically use less memory, and are the preferred choice in games with less objects on the screen (such as games set in space). They are, however, a lot less performant when it comes to rendering lots of dynamic lights. That is, unless you sort them out in volume tiles before drawing lit objects.

We’re still deciding on the final light limit but it soon became apparent that objects can now handle 100+ lights without noticable framerate drops.

We’ve had dozens of interiors in Warlords and managed to make them look pretty good, but we’ve had to limit the amount of reflective surfaces. Starpoint Gemini 3 will bring significantly more interiors which means that a good variety of surface materials is mandatory. We’ve developed a known technique for capturing and displaying local reflections via Reflection Capture probes and added both box and spherical projection sampling to the mix to properly render reflections of both linear and curved spaces.

The World and Material editors are now one

Our engine uses two main ingredients to visualize most of the content in the
game – 3D models and particle emitters. The material editor was previously mostly used for composing such ingredients into objects known as “assemblies”. When such an object was dynamic or potentially interactive (such as a spaceship) we’d add a subsection in the editor to be able to visualize all the data that comes together to form that entity. 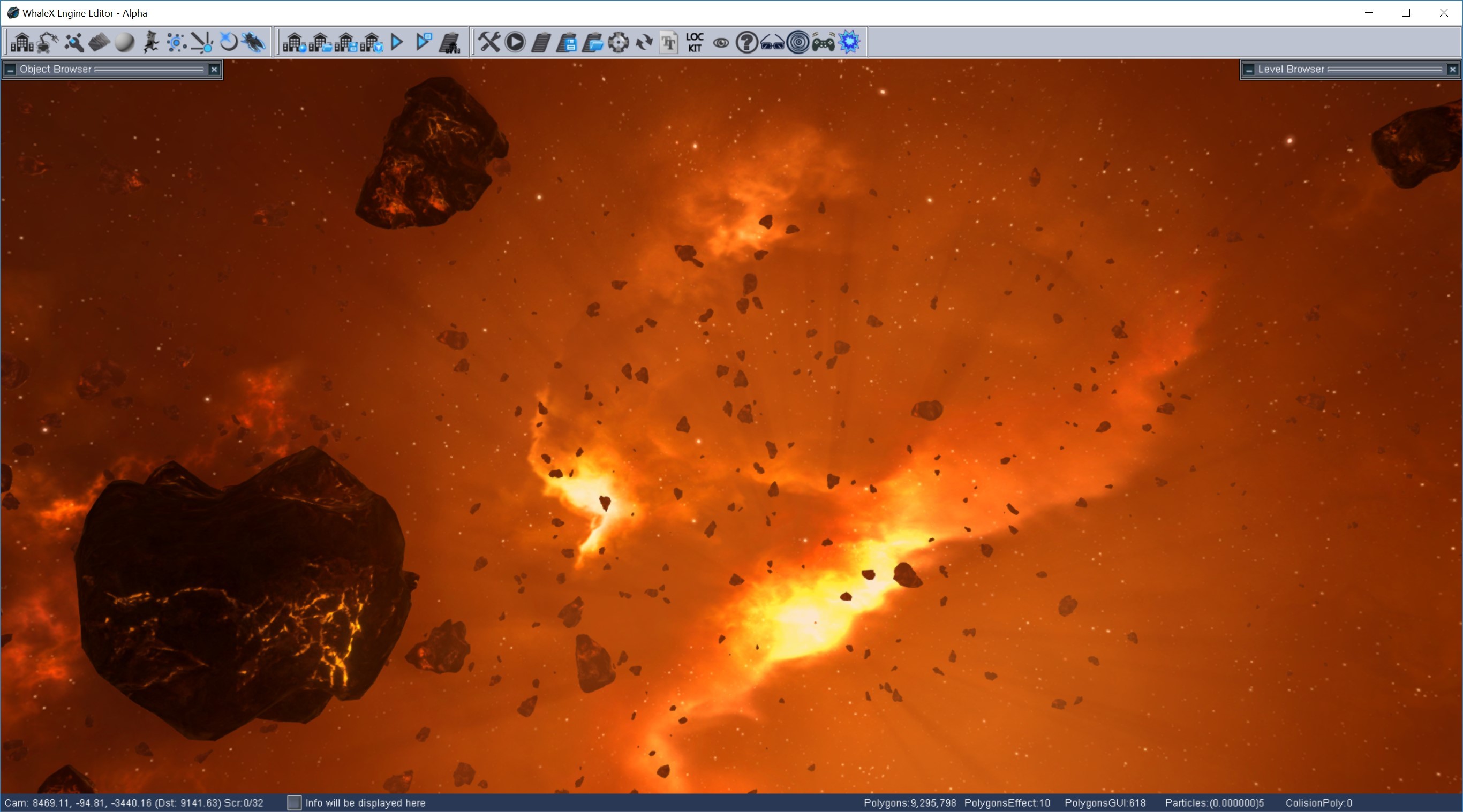 The world editor was a separate app that we tried to use for level design, but given the way that space was partitioned in Warlords made it difficult to load and display those assets in real time, so we mostly neglected it and the app fell behind as we moved the tech forward. For Starpoint Gemini 3 we’ve decided to keep all the functionality in the same app and managed to port most of the world-building UI into the new monolithic editor. It would work properly this time around because we had one less parallel rendering system to worry about and we’ve built the level partitioning system from the ground up.

While the cutscene system in Starpoint Gemini Warlords was feature rich (the camera could follow, orbit and zoom in on objects or paths, move and jump between several curves in space at different speeds and etc…) it was designed to be controlled via scripts where we figured most of the action was happening anyway. In the end, it proved too cumbersome to actually use in its entirety because there was no way to visualize the way the camera would behave before actually playing the cutscene, ramping up cutscene development costs. 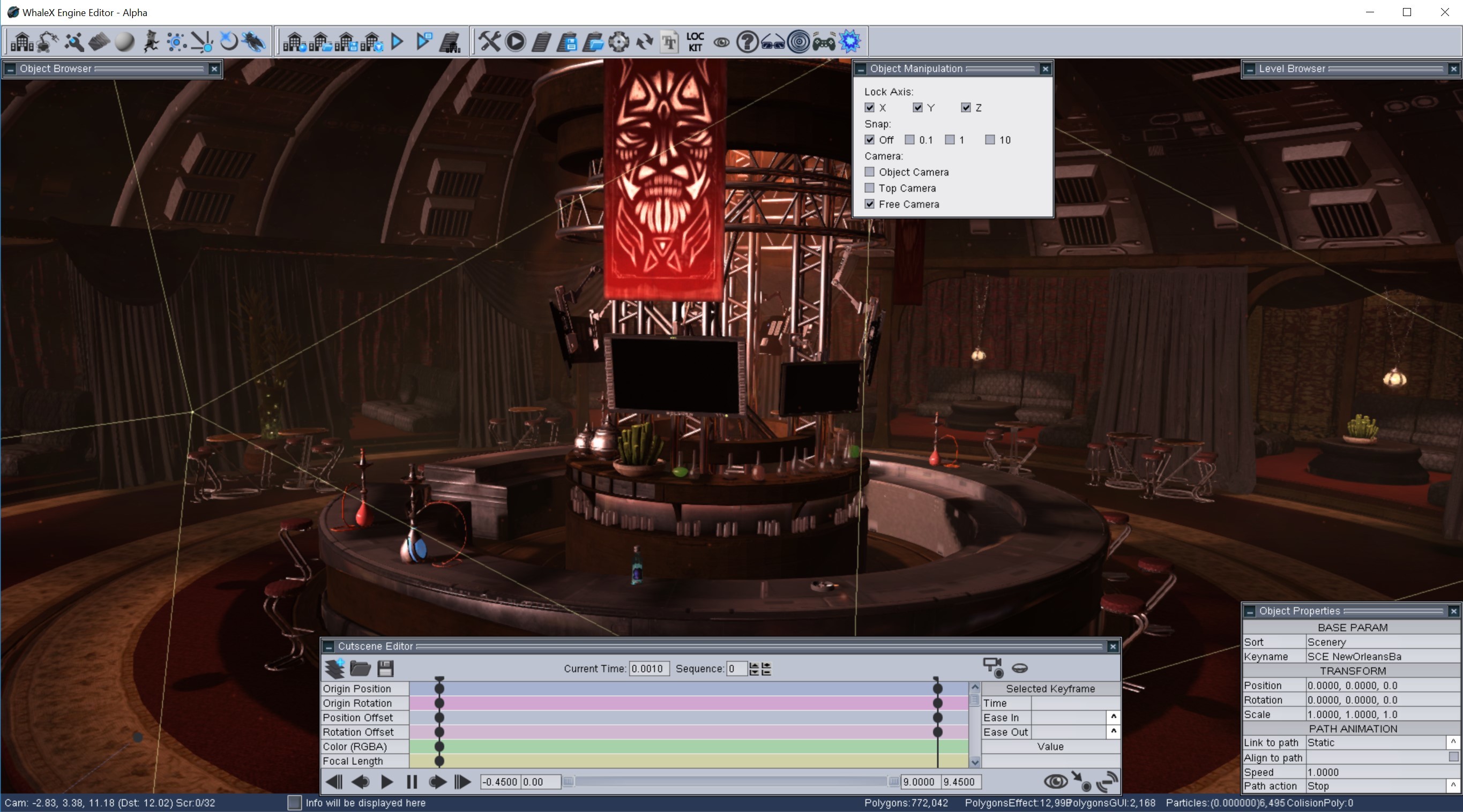 This time we figured we should invest more development resources to upgrade our toolbelt to avoid similar resource sinks in the future. The new Editor features a robust cutscene creation tool with a keyframe control UI that supports chaining multiple sequences within a cutscene, new camera features like camera shake and real-world depth of field camera controls (Focal Length, Focus Distance and Aperture).

All playable Ships in the Starpoint Gemini series had similar movement functionalities, mostly inherited from the first entry in the series which mimicked movement in naval combat. The only changes in controls came when we moved on from fighting on a 2D plane to full 3D movement in Starpoint Gemini 2. We added pitch and roll… and that was it. You’d still only move forward at various speeds and align your 4 shields to best cover your weakspots. It didn’t bother us at the time because we expected capital ships to be a lot less maneuverable, and it added to the significance of careful
movement during battles as players were expected to commit to a course once they’ve set it. 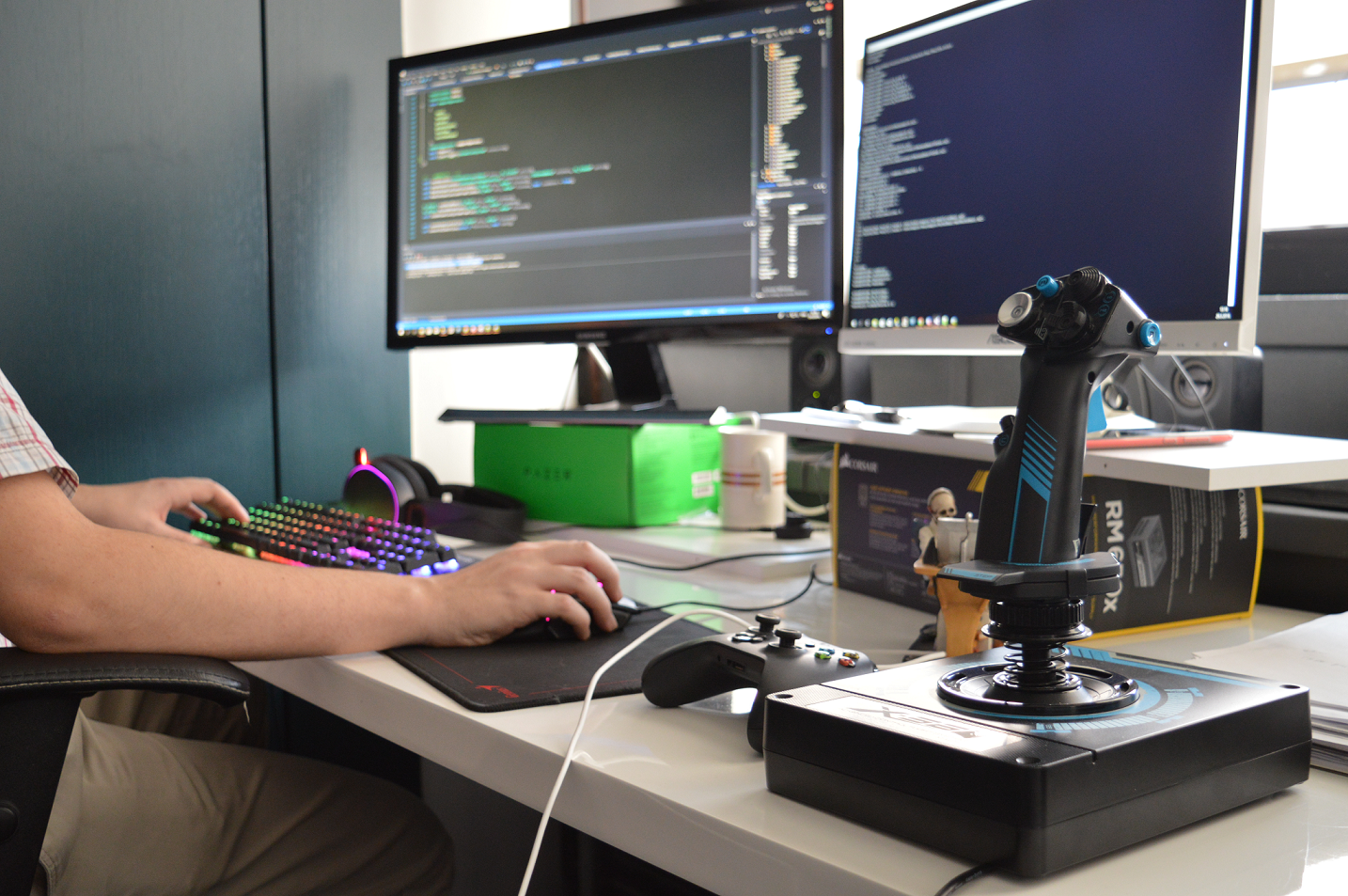 Alas, with Starpoint Gemini Warlords it became clear that smaller capital ships such as gunships, corvettes and frigates needed more maneuverability to stay alive in large fleet battles, so we did our best to reduce their weaknesses by boosting their angular velocity and acceleration. With those ships taking the center stage in Starpoint Gemini 3 it was finally time to add lateral, vertical and backwards longitudinal movement to the mix, as well as improved camera behavior to properly convey such complex movement to the player. This will allow ships to traverse narrow paths in minefields, giant asteroids or derelicts with ease as well as simplify navigation during battles.

In Starpoint Gemini 3 we’re finally adding a manually controlled drone into the mix. This miniature player-controlled character has additional functionalities oriented towards expanding base gameplay as well as the opportunity to enter and retrieve resources from smaller derelicts and cave formations.

That’s it for this technical diary!
See you next time with more gameplay stuff!