Comic creators Dayjob Studio have announced Hotline Miami: Wildlife, an original eight-issue comic series created with the blessing of Dennaton Games and inspired by their Hotline Miami and Hotline Miami 2: Wrong Number. The first issue is available now with the remaining seven issues coming out monthly for $1.99 each and downloadable in PDF and CBR format via Humble widget.

Hotline Miami: Wildlife presents an original spin-off story in the Hotline Miami universe told from the perspective of a new character, Chris, and his struggle to deal with a coming war, his tendency towards self-destruction, and the mysterious pseudo-patriots of 50 Blessings. The narrative will take fans of the Hotline Miami games to new locales and introduce new masked figures while exploring dark and disturbing themes reminiscent of the series namesake.

Each 30+ pages issue is written by Federico Chemello and Maurizio Furini with art by Alberto Massaggia, Ludovica Ceregatti, Andrea Dotta and Andrea Errico. While the story and events are not canon in the Hotline Miami universe, Dennaton Games and Devolver Digital blessed the project after Dayjob Studio’s brilliant work on the Hotline Miami 2: Wrong Number digital comic series.

The first issue of Hotline Miami: Wildlife is available now and fans can pre-purchase the entire series and save 25% off the cover price. 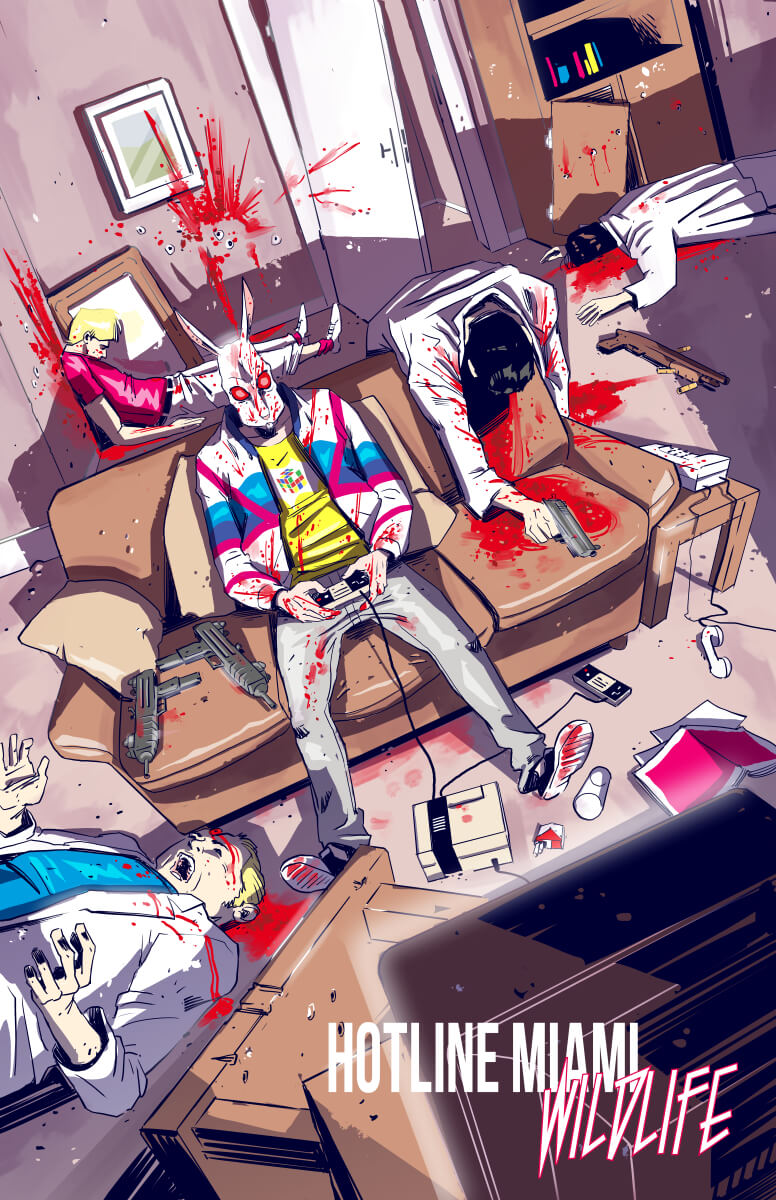