It was a wild ride for Telepaths’ Tree team those couple of past days. Since the beginning of the Inner Chains Kickstarter campaign, they’ve received an insane amount of messages, feedback, interview questions and words of support for the project. This, in a bit more than a week, resulted in the campaign being now fully founded with the first $10,000 goal achieved and the game being Greenlit on Steam. This doesn’t mean the whole fun is over. In fact, now, with 23 more days to go, it starts in earnest. And Telepaths’ Tree developers clearly marked this new opening today, by revealing a brand new, deadly opponent, that gamers will be able to encounter in Inner Chains. This may be something that will convince Linux gamers especially, to support the campaign, as the game is on the road to reach the first stretch goal of $15,000, which will bring Inner Chains to their OS.

The new enemy introduced today is a priest guarding the long lost technology. Smarter than subordinate fanatics, he keeps his distance while trying to snipe his target. When forced to grapple however, he’s not entirely helpless. His unique weapons and fiery fanaticism, make him a truly deadly foe. 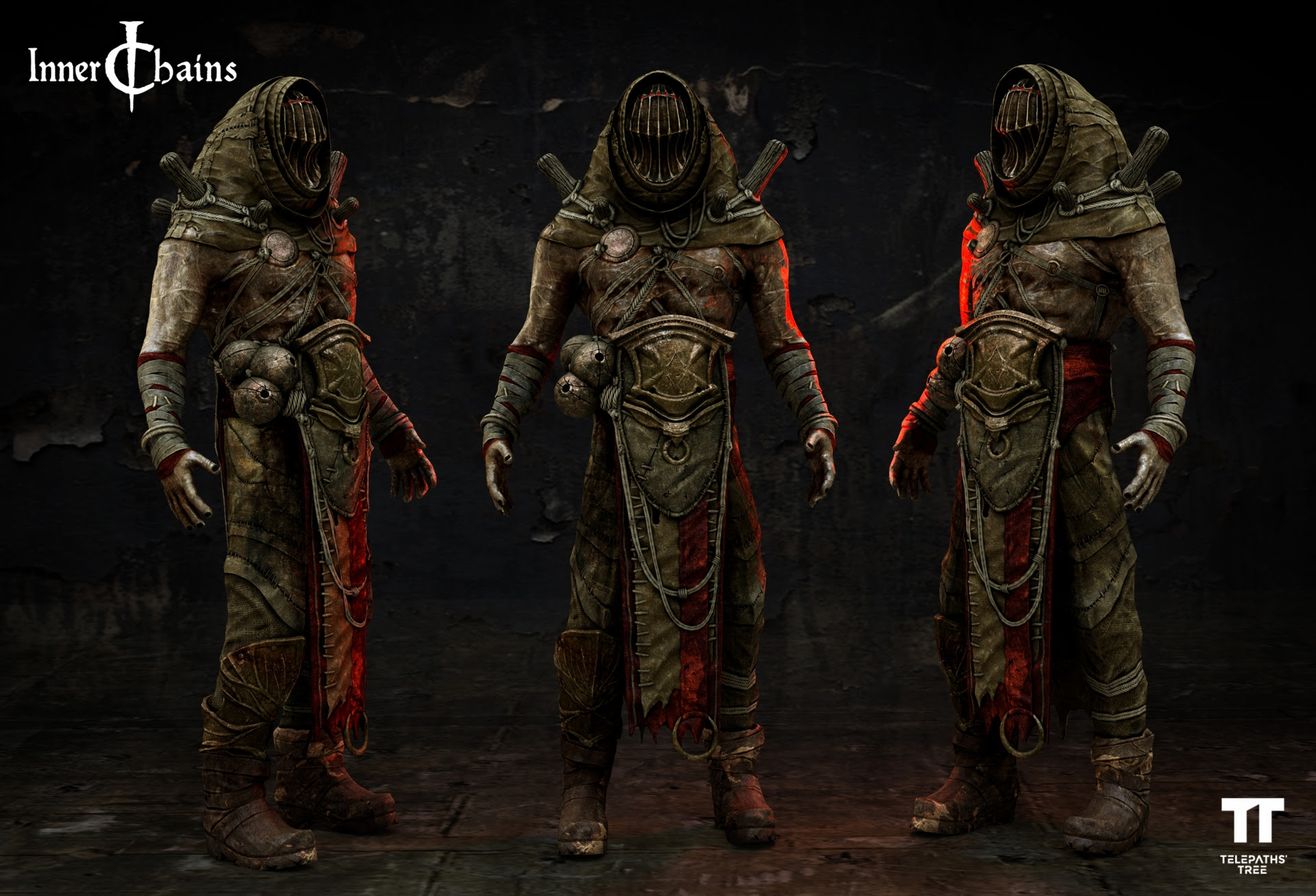 Some latest AAA releases might have caused you missing the news about Inner ChainsKickstarter campaign and the first gameplay trailer reveal. If that’s the case, watch it nowHERE and visit the games’ KICKSTARTER page to check how you can support this incredibly talented team. Inner Chains is an FPS horror game set in a surreal, dark, and deadly biomechanical world that resembles nothing you have ever encountered. In the world of Inner Chains, you don’t get to set the rules. You are just a small part of a hostile, unwelcoming universe. If you want to survive, the only thing you can do is to try to discover its secrets.

As one of the inhabitants of this world, your head is filled with the teachings of the Ruling Caste. You have only one goal: to get to a mythical place called the Last Hope and leave this sick, degenerated, dying planet once and for all. You embark on your journey full of fanatical zeal, but soon it becomes clear that nothing is what it seems in this strange world. To discover your role in it, you’ll have to fight for survival, face hostile fauna and flora, overcome your own weaknesses, remain vigilant to your surroundings, and explore the secrets of the game’s world. Your survival depends entirely on your watchfulness, logical judgment, quick reflexes, accuracy, and your ability to use your surroundings to your advantage. Forgotten ruins and caves in the mountains, a dangerous forest where both flora and fauna lie in wait to attack you, and numerous religious sites and majestic temples adapted by the Ruling Caste, whose existence and goals hide many dark secrets – in the vast, surreal world of Inner Chains you’ll visit all these places and learn their unique histories, arming yourself with knowledge which will help you in your ultimate battle with the enemy.

And thanks to the innovative VR support, you will be able to immerse yourself entirely in the world of Inner Chains. An enhanced visual experience and powerful music will merge you with this world – a real hero traversing its expanse to unravel its mysteries. 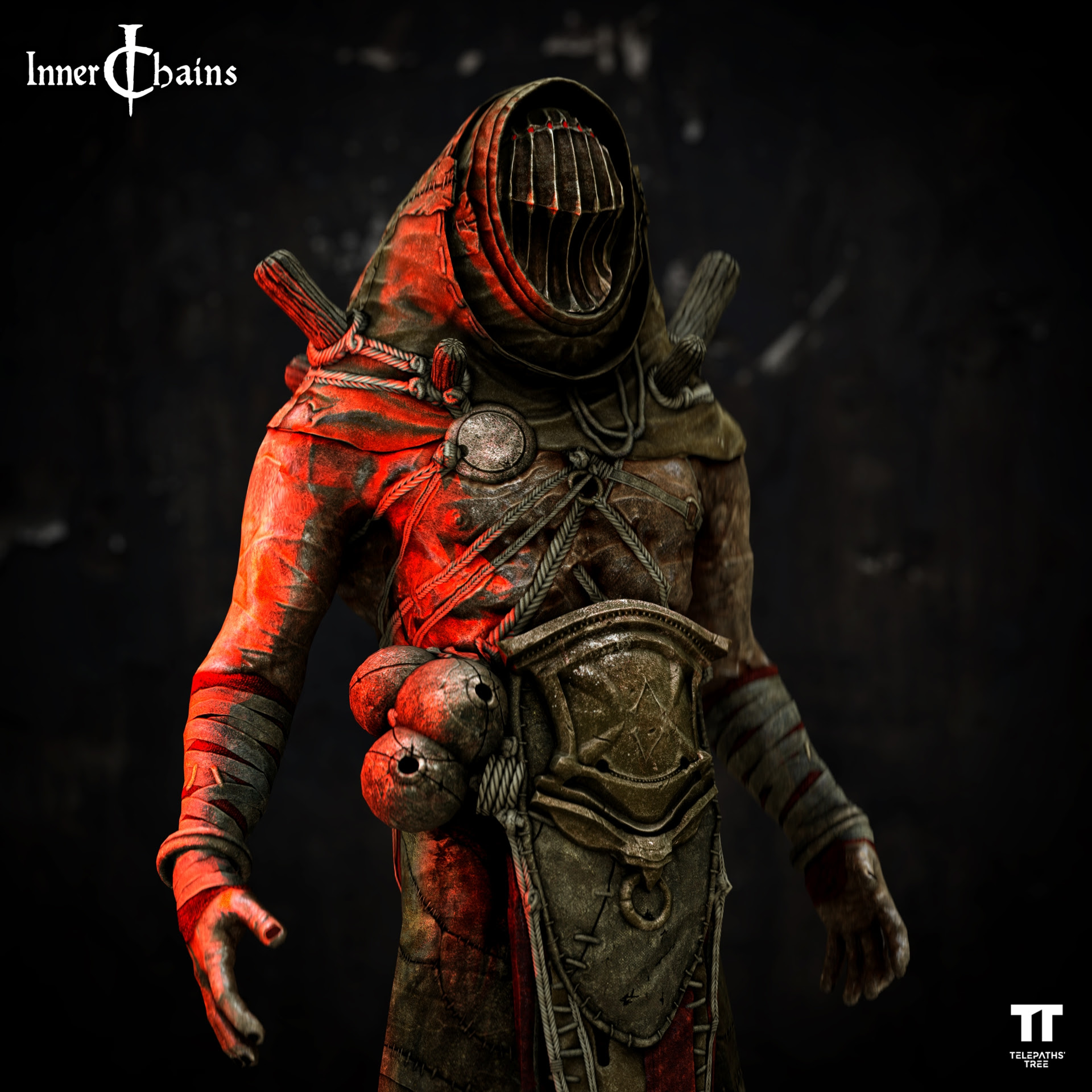