“The Studio MONO team and I would like to once again say thank you to all the press, streamers, YouTubers and, more importantly, our incredible community,” said Anatoliy Guyduk, lead developer at Studio MONO. “We would like to invite those of you unable to pledge on the campaign to our new PayPal Store. We have the Kickstarter rewards and tiers, and existing backers can also manage their pledge to support the game further and reap the rewards!”

For a limited time, buyers can still support the game via the PayPal Store, complete with backer rewards from the Kickstarter. All funds collected with continue towards further stretch goals that were not achieved during the campaign.

InSomnia is dystopian vision, set in a murky, retro-futuristic style. The game takes place on a colossal, semi-deserted interplanetary space station. Having left their dying planet behind, this space metropolis, along with its inhabitants, has been moving towards the distant, ghost-like Evacuation Point for the past 400 years, where the descendants of the once great people hope to start over the history of mankind.
About Studio Mono

Studio MONO was founded in Samara, Russia in 2011 by Anatoliy Guyduk. With a core development team, they’re joined by freelance individuals from all over the world – including Malaysia, the U.S., Russia, the Netherlands and Ukraine – Studio MONO is a talented group of professionals who have been active in the world of game design for many years. 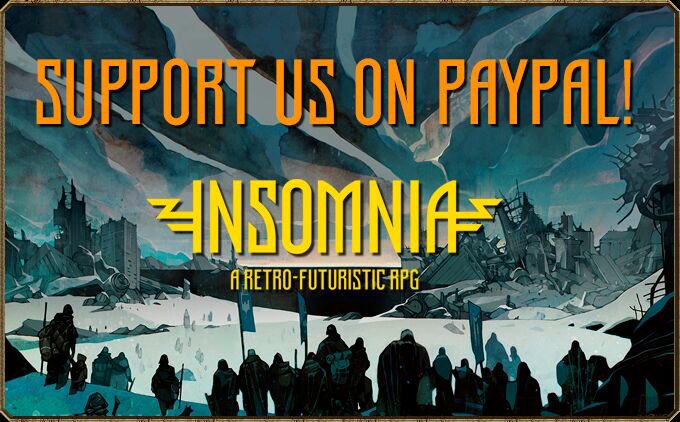