Dry Cactus’ bridge-building simulator Poly Bridge has been an immense success since launching in Early Access a year ago, helping more than 160,000 would-be engineers put their bridge-building skills–or lack thereof–to the test… in a game, without jeopardizing the lives of innocent people with their totally unsafe bridge designs. Phew. On July 12, the game will emerge from Early Access with way more levels, totally new and improved game modes, enhanced artwork, online leaderboards, thousands of player-created levels, an innovative approach to Twitch streaming integration and more. 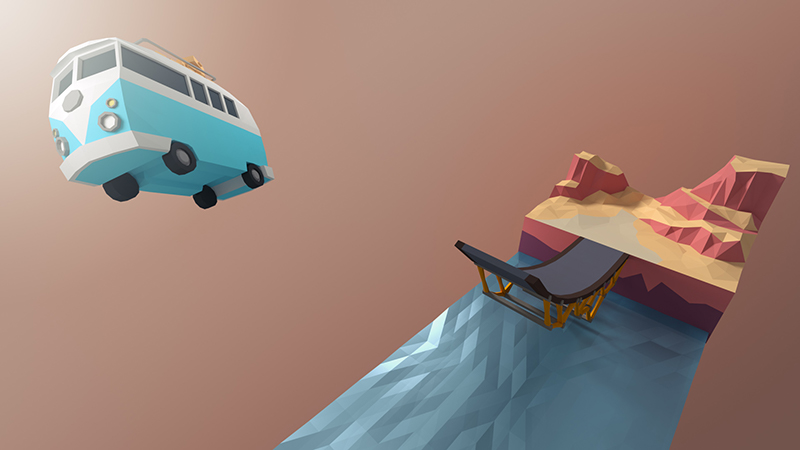 The game became a runaway hit when it launched on Early Access, thanks in part to its beloved GIF-export feature, allowing players to quickly share replays of their successful or horrendous bridge designs. Since its GIFs exploded in popularity on Reddit and across the web, more than 120,000 player replays have been uploaded. Players have also uploaded more than 7,000 creations to Steam Workshop, greatly extending the already-expansive game.

“The response to Poly Bridge has been incredible,” says creator Patrick Corrieri, who works from a small beach-town in New Zealand. “I started building this game on my own, shortly before my first son was born, and after receiving some amazing help for the artwork and music we launched into Early Access, and that was a whole new beginning. Working closely with the community to improve the game and add some amazing features that I would have never thought of myself, it’s been an awesome learning experience and one that has immensely impacted the life of our family.”

The final release retains all of the great features that made fans fall in love with Poly Bridge, including hours of physics-based puzzle solving in its Campaign and the wildly popular Sandbox mode, but kicks things up about, oh, three hundred notches… no, four hundred! Differences between its launch in Early Access and the final release include, most notably:

Poly Bridge will launch on Steam on July 12 for $11.99 (USD), with support for Windows, Mac OSX and Linux. For more information about the game, and to view the 120k+ user-generated replays, visit http://drycactus.com. 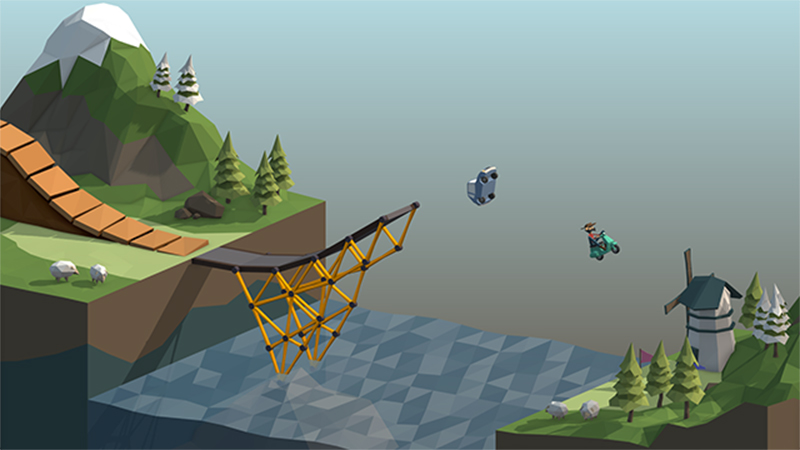 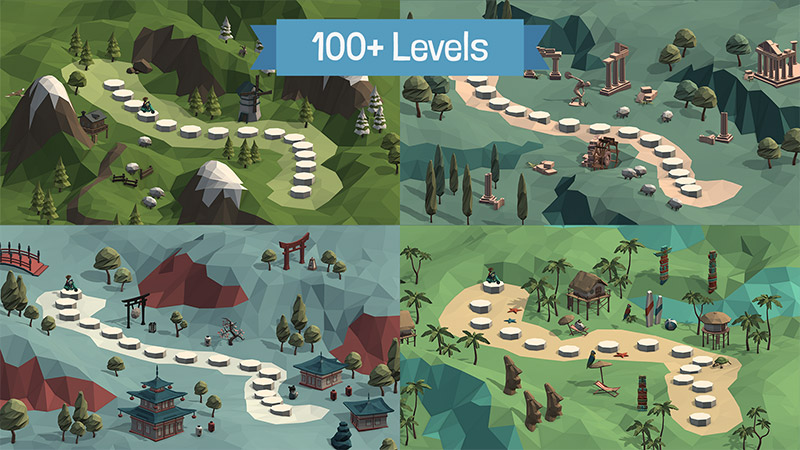