Independent video game developer and publisher, Psyonix, creator of the popular sports-action hybrid, Rocket League®, is excited to announce that Rocket League®: The Vinyl Collection, a 3xLP 180-gram album housing both Volumes 1 and 2 of the Rocket League® Official Soundtrack, is available now for pre-order.

Created in partnership with pop culture retailers and creative house,iam8bit, The Vinyl Collection features custom artwork by Rocket League® community member, Dan Bronsema, who has illustrated both the front and back gatefolds of the album. 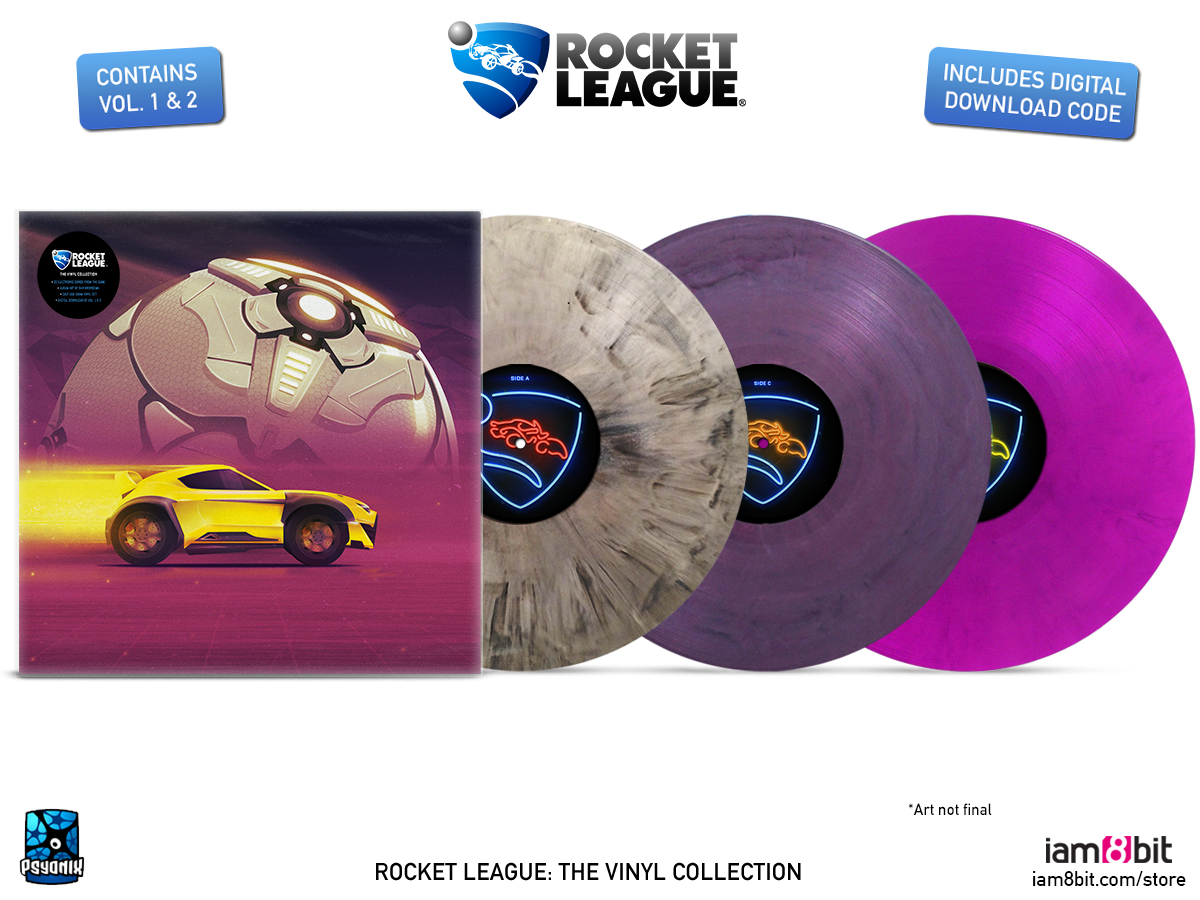 As an added bonus, Rocket League® fans who pre-order will also receive a download code immediately after checkout that entitles them to digital copies for both Volumes 1 and 2 of the soundtrack.

While supplies last, Psyonix and iam8bit are also releasing a limited edition version of the album, entitled Rocket League®: The Vinyl Collection LE,which offers three uniquely-printed picture discs that use wheel rims taken from the game. Only 1,000 copies of the The Vinyl Collection LE will be produced, so be sure to grab one quickly!

Both editions of The Vinyl Collection ship WORLDWIDE. 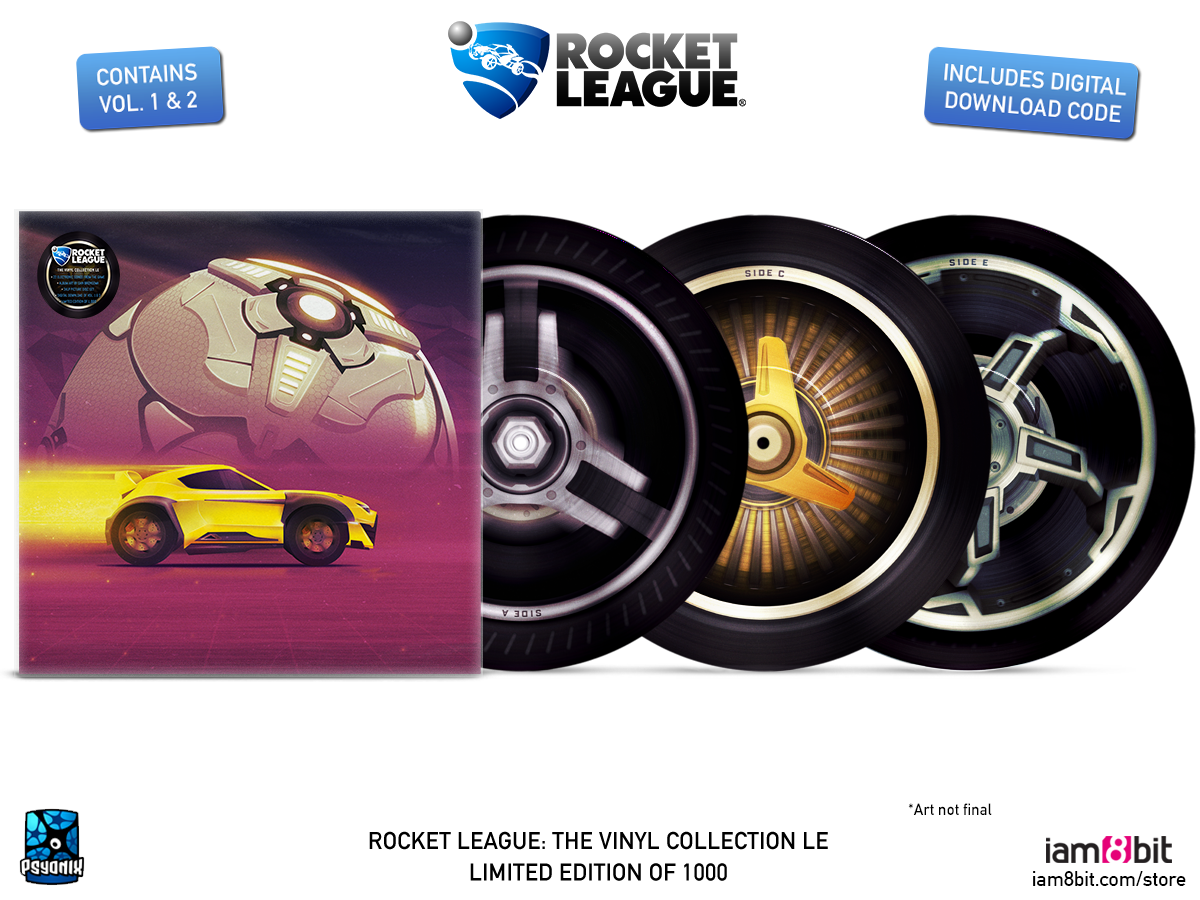 06 In My Dreams (feat. Nikki Wilkins) by Mike Ault

08 Love Thru The Night (feat. Morgan Perry) by Mike Ault

10 Seeing What’s Next by Hollywood Principle

14 Looking to the Future by Mike Ault