The King of Fighters XIV represents an evolution of the respected fighting game series, so what better way to celebrate than with a premium edition packed with awesome goodies? Although the folks at SNK are working around the clock to make KOF XIV one of the most competition friendly games in the genre, they took the time and effort to help us create a premium package worthy for those who live, breathe, and eat fighting games. With series-first 3D graphics, meticulous gameplay tweaks, streamlined controls, a strong roster of fighters, and vastly improved online experience (get hyped for Party Battle mode!), it’s only right that the “Burn to Fight” edition reflects the high standards of the game.

The King of Fighters XIV “Burn to Fight” Premium Edition include the following: 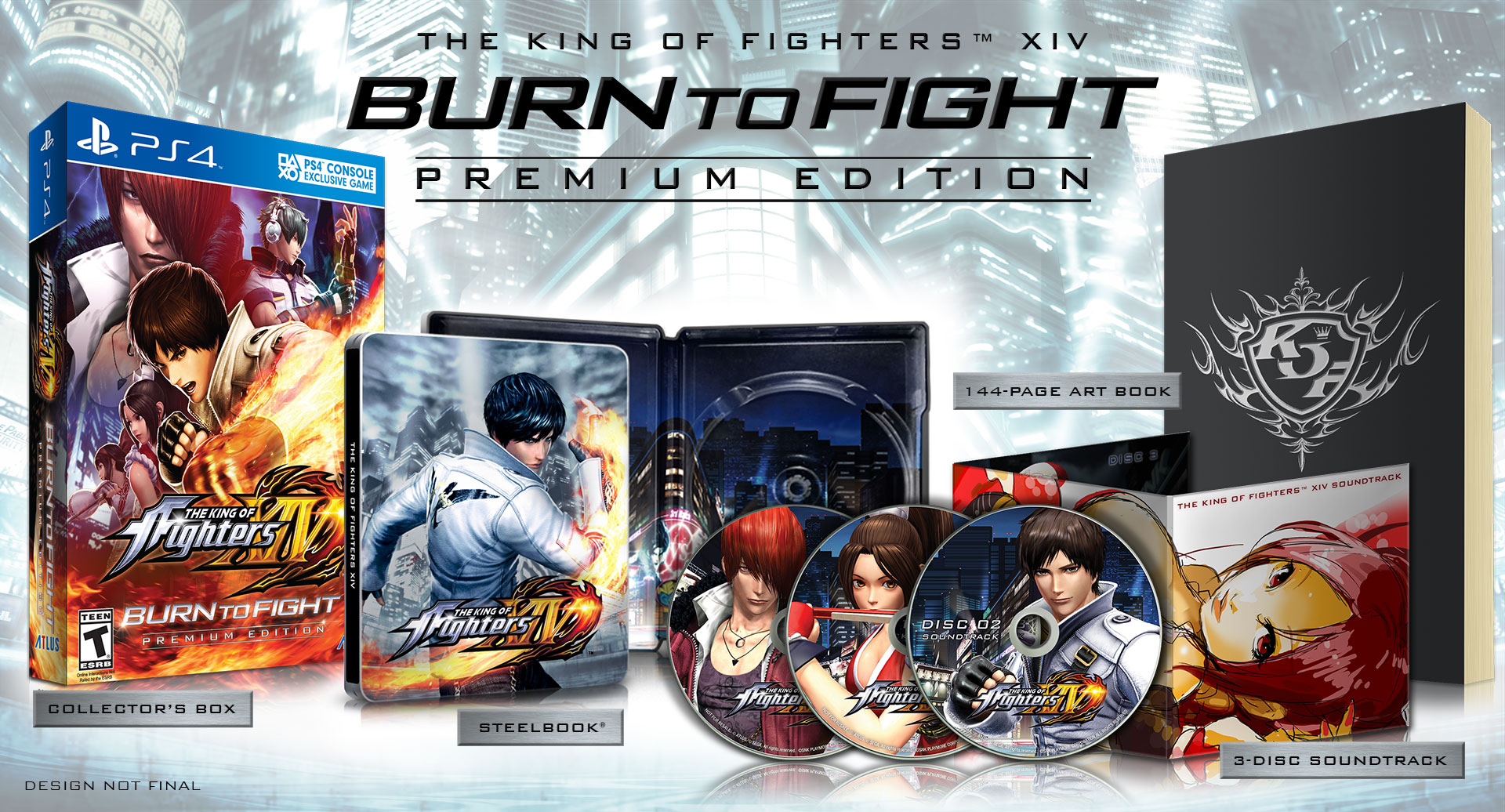 We also have a new trailer that highlights the Fatal Fury team! There are a lot of great teams in the KOF XIV tournament, but no team exemplifies the spirit of fighting more than the bellicose bros Terry Bogard, Andy Bogard, and Joe Higashi. Terry and Andy are ready to show some their opponents how they do it in South Town, while Joe simply can’t wait to unload a flurry of sharp Muay Thai kicks and elbows. One thing’s for certain, you’ll never see a trio of fighters having more fun than the Fatal Fury team!

Check out the trailer below!

Here are the top-line refinements for THE KING OF FIGHTERS XIV:

The game will be $59.99/CA$79.99 at launch. Pre-orders and a limited number of launch editions will arrive in this special SteelBook® case. Plus, for the week following launch, the Classic Kyo costume DLC will be free to all players!