A grim tale is set to begin. Starting July 28th, as Jack counts down the last 180 days of his career, he’ll be up against the seediest, vilest, most dangerous criminals in Freeburg. The goal? Get rich or die trying. This Is the Police is a dark, story-driven game offering hundreds of choices, and plenty of ways to get through the 25-hour singleplayer campaign.

Dive into a world of crime, corruption, and intrigue. Whatever’s going down in Freeburg, Jack is always right in the middle of it, trying to make it through without getting himself shot or thrown in prison. Meanwhile, the daily mayhem should give you a little cover, while you scrape together a retirement fund. How far will Jack go? That’s up to you. Would you sell seized drugs to the Mafia, or trade favors with killers? How do you feel about bribes? Would you torture a lowlife to get information? And how many fellow cops will have to die, before you get what you want? In the end, it all comes all down to one question: how ruthless are you prepared to be – and are you ready to face the consequences?

This Is the Police will be available for digital download on PC, Mac and Linux for $14.99. The game will also be released on PlayStation 4 and Xbox One later this year. 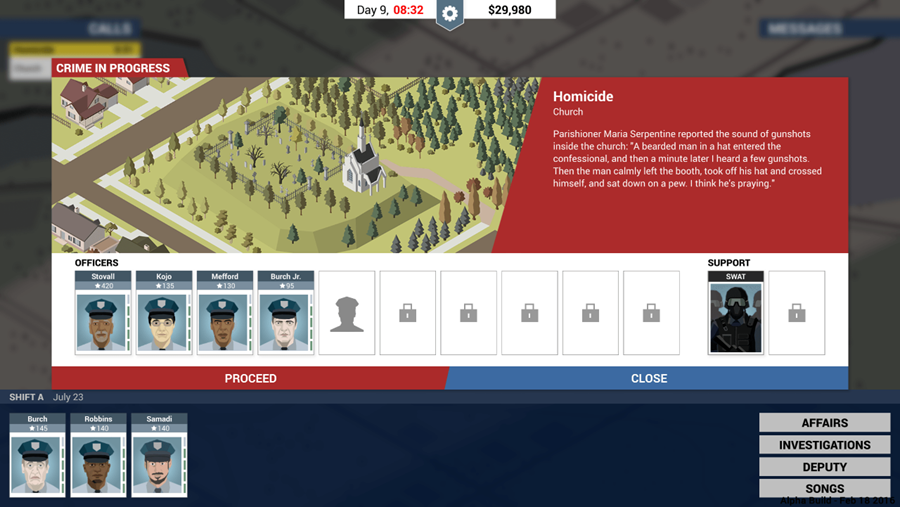 In the new gameplay trailer “A Lot of Vices”, protagonist Jack Boyd gives us a hint about how he’s planning to spend his last 180 days on the job. Breathe in the noir, gritty atmosphere, and enjoy the performance by the incomparable Jon St. John, voice of Duke Nukem.