The biggest gaming trade show with more than 340,000 public and business visitors is opening its doors on August 21, 2017. Wargaming will conquer the Koelnmesse in Cologne, Germany, with the biggest show floor in the company’s history—1400 m² of pure entertainment, armed with a stunning stage program, music acts and, of course, new iterations to play from World of Tanks on PC and Consoles, World of Warships, and even a public world premiere with Creative Assembly’s Total War: ARENA!

The gamescom exhibition is like a home base for Wargaming, where they can meet their players and fans. For six years, Wargaming’s booth at the entertainment area is a must-see-and-play for the audience coming to Cologne. This year, wargamers can play upcoming hot new titles from diverse, globally working development teams. Visitors can test out a brand-new game mode in World of Tanks PC with 30 vs 30 Grand Battles, on the biggest maps ever made, creating a unique mass battle for tankers. They will get a first look at the full high-resolution rework of all game maps and play the best, most advance version of the game on PC. If they prefer a controller instead of mouse and keyboard, they can experience on consoles not only the world premiere of the Xbox One X version of World of Tanks, but also see the brand-new PvE game mode War Stories in action. Players who are eager to conquer the seas are invited to try out the upcoming addition of the British Royal Navy in World of Warships, with never-before-seen vessels.

For those who think Wargaming can only deliver vehicles from the past century will be in for a surprise because Creative Assembly’s Total War: ARENA will be fully playable. Ancient battles with classic Wargaming appeal will start to conquer gamescom together with all the other titles at Hall 8 #A30.

The Wargaming booth at gamescom not only stands for playing the latest iterations of player’s favorite titles or never-before-seen games, but also pure entertainment with cool dance acts, eSports matches, live-streaming sessions, competitions, presentations with  various development teams as well as special guests and raffles with thousands of valuable merchandising products from Wargaming and its partners. Furthermore, Wargaming will be surprising their visitors with a new queue infotainment and a stunning interactive event called World of Tanks Action Star. Players will be the main actors together with the Swedish Tank Ambassador and Hollywood actor Dolph Lundgren in a short movie, which will be shot live in a small studio at the booth, rendered and handed out to participants.

Swedish metal-heads from one of the most impressive live bands Sabaton will be visiting Cologne, and headline this year’s Wargaming players party, held on Friday August 25 in the Palladium, Cologne. They’ll join over 1,500 lucky players who were able to get a ticket for one of the most famous gamescom parties.

Beside the crowded action in the entertainment area or at the party, Wargaming will host business visitors from August 22–25 across more than 400 m² in Hall 2.2 D021. Here, current or future business partners and media from around the globe are invited to meet individual Wargaming employees, see presentations of current and future games, or lay hands on HoloLens or Tango devices. They can also try new PolygonVR and Cinema VR experiences presented in partnership with Russian company VRTech for the very first time in Europe. So, everything is set up to make gamescom a complete success for all participating visitors.

Victor Kislyi, CEO of Wargaming about gamescom 2017: “For Wargaming and each of our employees, who are gamers by heart, the shows and meetings at our two gamescom booths are the highlight of each year. We are so proud to finally unveil all our latest achievements, future games and put on a great show to our true fans plus thousands of new players. We’ll have chance to chat, get their feedback and deliver truly legendary and fun experience during five amazing days in Cologne. This is also our chance to meet most of our current and potential future partners in person to strengthen our business relationships and to be even more successful together in the future.”

And that’s not all. Just two days before gamescom 2017, on August 20—21, Wargaming Labs will be welcoming game developers from all across Europe at Respawn 2017, a fantastic, open forum where game developers, trade visitors, and students can connect and exchange ideas. 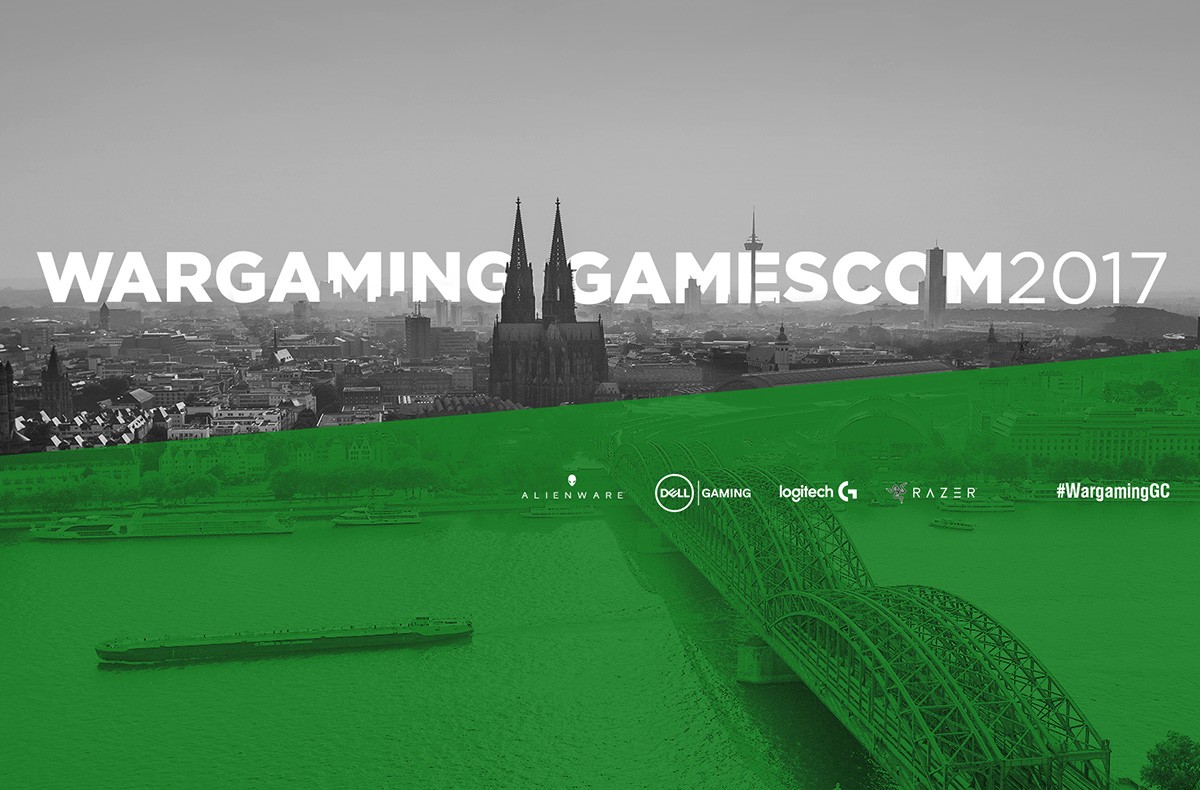