New World Interactive, the team behind Insurgency, today launches Day of Infamy onto Steam Early Access for PC and Mac. Based on the successful mod for Insurgency with more than 175,000 subscribers, Day of Infamy has transformed into a full-fledged standalone game built with Source Engine.

Experience intense close-quarters battles in iconic WWII settings. Defend the line, storm the beach, torch the enemy, or use a radio to call in fire support. Day of Infamy is a teamwork-oriented shooter that will keep you on your toes and coming back for more with its diverse game modes and authentic arsenal.

“We are very excited about what we have to share with you all. It comes not only from hard work, but also from the passion we have for resurrecting the classic WWII action genre many of us grew up with,” said New World Interactive CEO and Game Director Jeremy Blum. “Since the time Valve licensed the Source Engine for us to develop our spiritual continuation of Day of Defeat, we have found many ways to make the game not only nostalgic, but innovate the genre. We are very excited to see how the public responds to the game’s fire support and radio communication features, and to see the reactions of players when they hear the screams after being set ablaze by a flamethrower.”

One of the game’s primary focuses is with team coordination. Officers can direct their team in the field with a wide variety of command options, and may call in fire support if a radio operator is nearby. Fire support options include artillery barrage and smoke screen. Local voice is used to talk to your teammates in the game, but be careful because the enemy can hear you if you’re too close. Radio operators also serve as a communication beacon to those around them, as HQ and radio operator chatter can be heard through them. 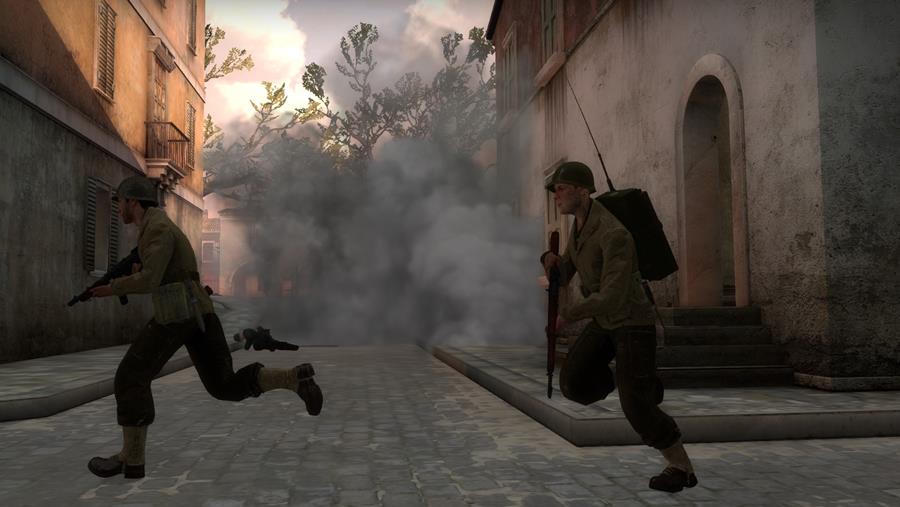 For increased transparency while in Early Access, New World Interactive has outlined a roadmap for Early Access here: https://trello.com/b/scOoUwpJ/day-of-infamy-roadmap